One half of the revered dubstep duo Digital Mystikz, producer, DJ, label owner, and Londoner Mala (Mark Lawrence) discovered reggae in his teens, but it was a later fascination with drum’n’bass and jungle that opened his eyes to the possibilities of rhythm and bass.

Thanks to jungle’s love of sampling different genres, Mala was turned on to jazz, funk, and other genres while returning to reggae, where he chose dub master Augustus Pablo as a role model. He spent the early 2000s spinning dubstep around London and on pirate radio station Rinse FM before hooking up with DJ Coki and forming the production duo Digital Mystikz. After the addition of two more friends, Loefah and Sgt. Pokes, the quartet formed the dubstep-focused DMZ club night, which evolved into the DMZ label. Mala also established Deep Medi Musik, which released well-received 12″s by the likes of Kromestar, Goth-Trad, and Silkie. Throughout the 2000s and beyond, Digital Mystikz, DMZ, and Deep Medi proved to be pillars of the underground dubstep scene, with everyone from John Peel to Gilles Peterson showing their support. Peterson became close friends with Mala, signed him to his Brownswood Recordings label, and accompanied Mala on a rhythm-finding trip to Cuba. After recording some Cuban musicians, Mala brought the recordings home to South London and added his touch to the basic tracks. Brownswood released the results in 2012 as Mala in Cuba. Mala then journeyed to Peru, where he became educated about the country’s musical traditions, and collaborated with local musicians for his next album. Mirrors was released by Brownswood in 2016.

Leeds based Ryan Wild AKA J.Sparrow has been producing his own strain of Dubstep since 2006 and in that time has shown his versatility in the studio ranging from dark tribal Techno to heavy “soundsytem” Dubstep styles.

With residencies at Exodus/Dmz Leeds and Outlook festival (voted best european music festival 2011) he has fast become a household name all over the globe regularly touring Asia,Europe and UK with his take on Dubstep.

Limited €10 advance tickets are on sale at shop.trackagescheme.com. Tickets at the door will be €15 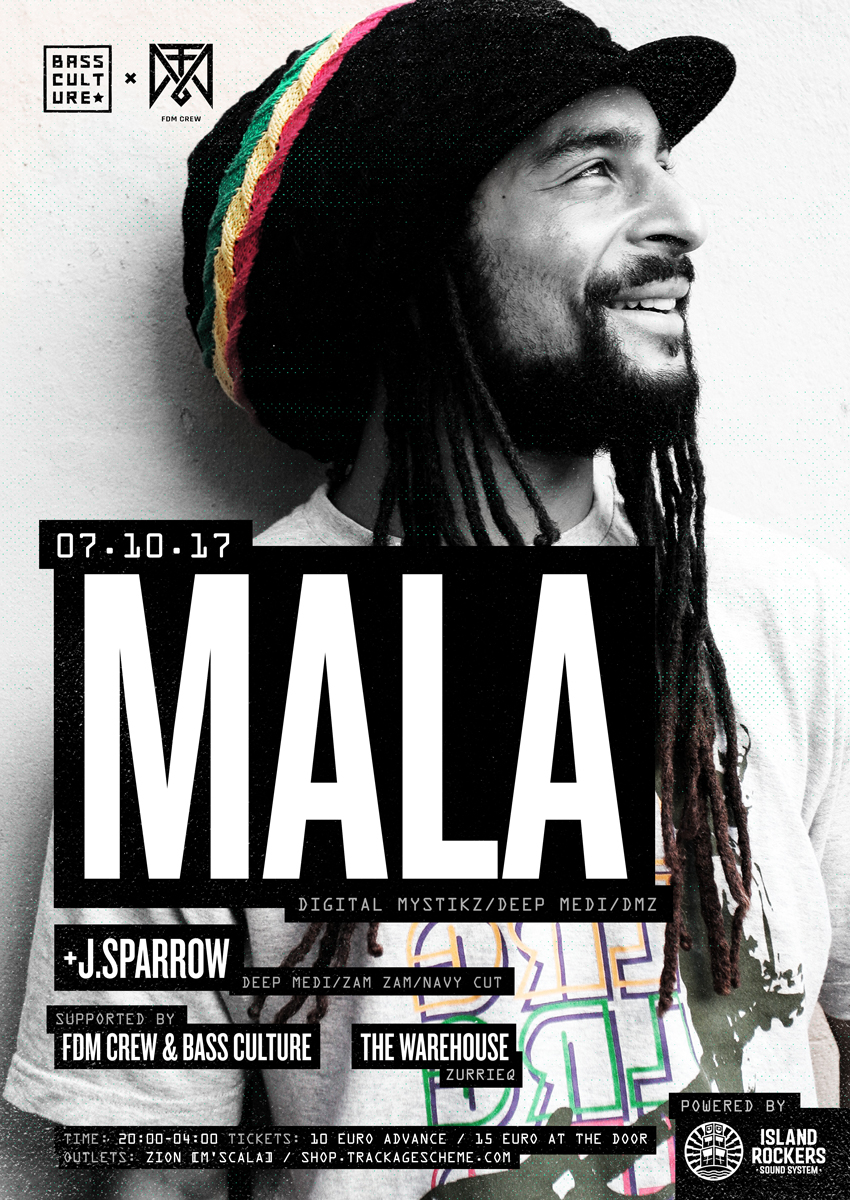